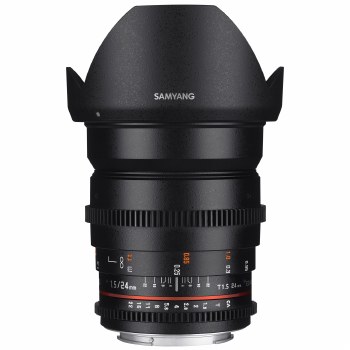 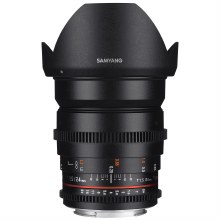 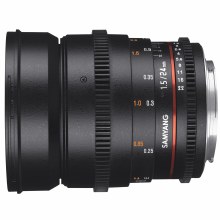 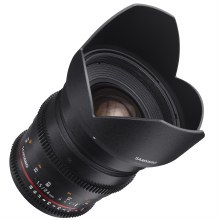 Cine Lens Features
Samyang 24mm T1.5 VDSLR ED AS IF UMC II is carefully designed for professional film and video works so the focus gear ring is installed for follow focus system. You may change the aperture quietly and smoothly with the uncoupled aperture gear ring. The T number guiding the actual amount of light transmission and distance scales are marked on both sides of the lens to film much precisely. The lens operates in manual aperture system with low T number which enables natural shooting under various light exposure circumstances.

Hardware Features
The frame of Samyang 24mm T1.5 II is compact and solid since it is made of high-strength aluminum alloy so trustworthy images can be captured even under inferior environment. Also, detachable petal-shaped lens hood shelter the lens from unnecessary lights.
Available for 10 camera mounts: Canon, Canon-M, Nikon, Pentax, Sony ∝, Sony-E, Four-Thirds, MFT, Samsung NX, and Fujifilm-X.