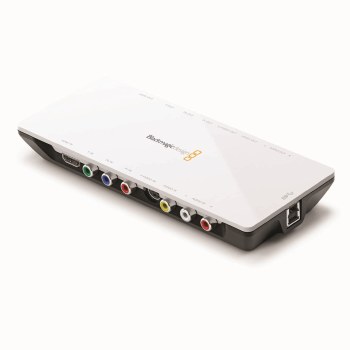 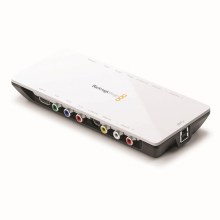 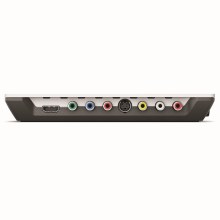 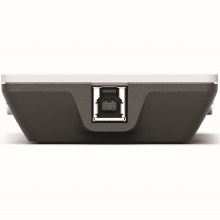 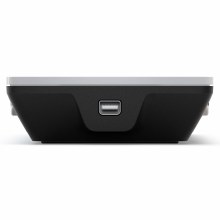 Intensity features the highest quality HDMI input and output connections. HDMI is the worldwide standard for connecting digital consumer video equipment like cameras, set-top boxes and disk recorders. Intensity's HDMI output is perfect for monitoring full HD, HDV and even DV editing projects on the latest big screen TVs and HD video projectors! HDMI includes your audio, so you can connect to your TV with a single cable!

Intensity Shuttle and Intensity Extreme lets you capture and playback in the most incredible quality HDMI and component analog video in both SD and HD. Smash the quality barrier for your video work because Intensity is not only the highest quality, but also affordable! Intensity features all the video connections you need to connect to video cameras, set-top boxes, game consoles, large screen TVs and projectors. Intensity is available in a choice of models featuring either USB 3.0 or lightning fast Thunderbolt™ technology!

Most consumer video cameras compress HD video to fit longer recordings on to tape and discs. For video editing compressed media needs to be decoded to play back each frame of video and this puts additional strain on your computer’s CPU and limits real time editing effects. Capturing directly with Intensity bypasses camera compression by recording directly from the camera’s image sensor, so a low cost consumer camera can be used to capture full HD resolution video in broadcast quality! It’s easy to add the amazing quality of Intensity to your laptop, desktop or computer workstation! Intensity is available in different models that connect to computers using USB 3.0 and Thunderbolt™ technology with the fastest data transfer speeds. Now you can capture the highest uncompressed 1080HD video with portable devices that are powered from the computer connection! That's truly portable!

Intensity Shuttle and Intensity Extreme offer the flexibility of working with compressed and uncompressed video in standard definition PAL/NTSC up to full 1080HD video. You can capture live game play, archive family movies and create amazing videos in full broadcast quality video! Blackmagic Design’s Media Express software is included for a complete capture and playback solution without the need for any additional software.

Software based down conversion during video playback.

Firmware built into software driver. Loaded at system start, or via updater software.

Requires a computer with Thunderbolt™.