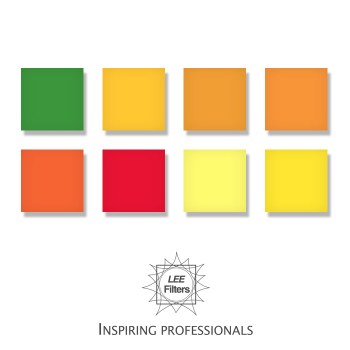 Filters are widely used by black & white photographers for creative effect – most commonly to increase contrast between sky and cloud. However, care should be taken, because as much as a black & white filter darkens one colour, it lightens another – specifically, any colour that is similar to its own. A red filter, for example, makes a red pillar box appear almost white, and a blue sky as almost black. However, a red filter also absorbs green, which would block up the foreground of a verdant landscape.

The black & white filters in the LEE Filters range can be used in conjunction with others, such as the polariser and neutral density standards and graduates.

Minus blue filter. Can be used to cancel blue light when infrared-sensitive films are exposed. Also penetration of haze during aerial photography.

Alters the response of panchromatic emulsions to be equivalent to the eye responding to objects under tungsten illumination.

Gives even greater over-correction than No. 15. Absorbs a small amount of green.

Increases contrast between cloud and sky greater than No. 8, for over-correction effect. Also used for copying documents on yellowed paper.

Greater contrast effect than No. 21 Orange.